“I never even saw it coming.”

People use this phrase figuratively, but in John’s case, it was literally true. He was sitting in his truck, stopped at a light, when the driver of the blue minivan slammed into the back of his truck at an estimated speed of 25-30 miles per hour. John never saw the van coming since the enormous metal drum he was transporting in the back of his truck obscured his rear-view vision.

At the moment of impact, John was jolted forward. Even though he didn’t understand why his truck was moving forward, he instinctively jammed his foot on the brake pedal to stop it. Later on, clinical examination revealed two dislocated bones in John’s left wrist and forearm, whiplash to his neck, and two herniated discs in his lumbar spine caused by the twisted angle of his hips when he stomped on the brake pedal during the impact of the collision.

The bones in his wrist and forearm were popped back into place, and the inflammation in his neck eventually subsided. But the herniated discs were a whole different story.

Your vertebrae—the bones that form your spine—are separated by spongy discs. (Think of the discs like the filling of a macaron or Oreo cookie.) The discs cushion and protect the vertebrae as they twist or are compressed by movement. When a disc becomes damaged, it doesn’t heal as easily as other tissues in the body, and in some cases, the damage can be severe and degenerative. The part of the disc that has “slipped” or is “bulging” out can press on nerves that run along the spinal column, causing pain, numbness, and weakness in the area of the body that is connected to that nerve. The most extreme presentation of trauma herniation, known as Cauda Equina Syndrome, can result in loss of control of bladder and bowels and requires immediate surgery.

Though most instances of disc herniation are not life-threatening, pain resulting from disc herniation can be considerable. Sciatica is one of the main causes of patients seeking treatment at spinal clinics, yet there is no consensus amongst orthopedic surgeons as to when surgery is the best option over more conservative courses of treatment; the delicate nature of the spine increases the likelihood of negative outcomes from surgery. This uncertainty can make treatment a complicated issue, especially when insurance companies are involved.

A Case for More Precision in Measurement

In John’s case, in addition to physical examinations, multiple MRIs were used to determine the extent of herniations damage and whether it was getting better or worse with time. Unfortunately, the doctors hired by the insurance company had a very different assessment of John’s level of disability than his own personal physician. In addition to recovering from his physical injuries, John then had to devote years to fighting the insurance company in court in order to obtain the compensation he needed in case his spinal injury worsened and eventually required surgery. Sadly, John’s experience is not unusual; many cases like his have been documented and brought to the attention of lawmakers.

Part of the issue is subjectivity. One person loves a book; another hates it. One professor gives a student’s essay top marks; another delivers a scathing critique. Similarly, doctors may disagree on a diagnosis, prognosis, or course of treatment.

Perhaps the best argument for the use of artificial intelligence in radiology is the element of objectivity. According to a 2018 study published by the U.S. National Library of Medicine:

While handling routine tasks of examining medical images, humans are simply not capable of accounting for more than a handful of qualitative features. This is exacerbated by the inevitable variability across human readers, with some performing better than others. Automation through AI can, in principle, consider a large number of quantitative features together with their degrees of relevance while performing the task at hand in a reproducible manner every time.

In the near future, more accurate diagnoses may be aided by the use of technology able to provide objectively quantifiable tools. When that happens, the AI will be able to see what’s coming and let us know.

In the U.S. alone, between 6 and 7 million people break a bone

Artificial Intelligence will play a crucial role in oncology and radiotherapy February 1st: 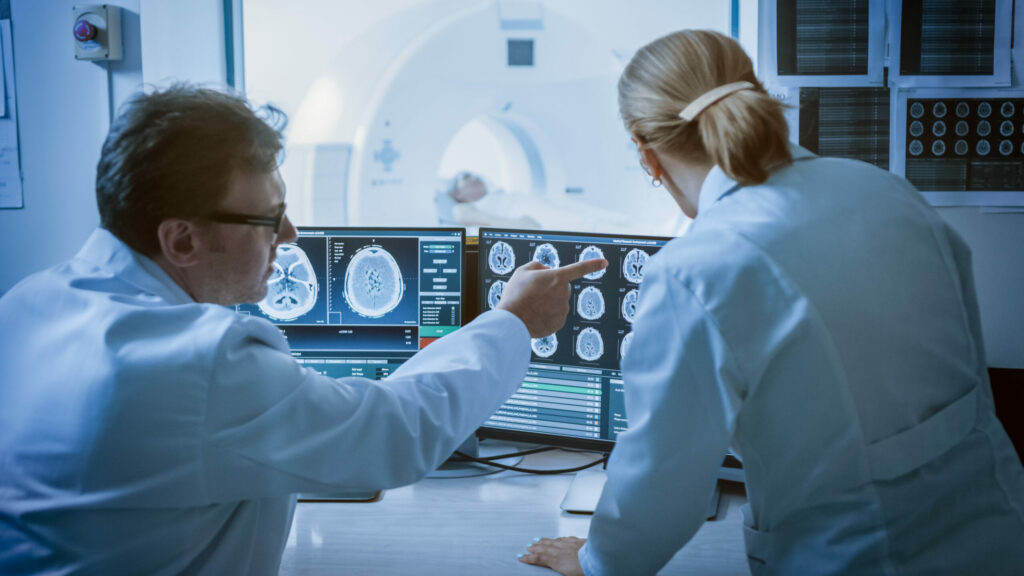